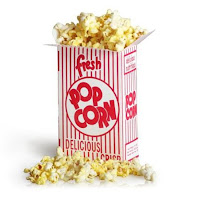 Happy Movie Theater Day! Are you a fan of Trailers? Alfred Hitchcock was a Trailblazer in the truest form when he (as well as others) stepped outside the National Screen Service monopoly and made his own trailer for “Psycho,” which was a full six minutes long as he walked around explaining parts of the movie and set without a single spoiler! In 2014, a two-minute limit was established for trailer length, but not for how many a theater could play. Does watching six or eight trailers make it challenging to remember which movie you went to see?

As a Trivia fanatic from way back, I have to say (in honor of the letter T), how about those nanoscale hairs on Gecko Toes? Geckos can even walk across ceilings! Without toes, we humans have trouble walking at all. Did you know that dry Teflon is the only known substance a Gecko’s feet can’t stick to? I appreciate that cooked-on food doesn’t stick either. Quicker kitchen clean-ups allow more time for Tranquility.

Say, with a glass of Sweet Tea on the Terrace as the promise of rain rolls across the sky in low, resounding Thunder. There’s something about a Train whistle, as it rumbles out of town that transports mindless space to higher, Thoughtful places such as where the train is going, or where it might have been.

And with that, I’m on the road again! And on the Trail (or Tale) of the Thunderbird.
As you may recall in prior posts (letters I and S), I talked about an ancient Native American’s description of what might have been a Spanish Galleon in the Salton Sea. Or was it? 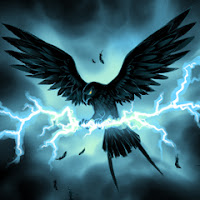 According to accountings; white man first arrived in the desert in a white bird that stayed a long time before its wings fell down and the sand covered it up. This wasn’t the last reference to a remarkable bird in the desert. Another massive winged creature is said to have inhabited an area near Palmdale, Ca. in a lake believed to have been created by “the Devil, himself” where “he left his own pet to live.” Lake Elizabeth (as it was/is called) suffered nearly a century of strange occurrences of extremely bad luck until at last one brave landowner fought back, wounding the terrifying animal and causing it to fly east, toward Arizona. It was near the town of Tombstone that the mighty bird met his match in a couple of cowboys who shot it from the sky and miraculously dragged it back into town for a photo-shoot; the evidence of which seems to have been permanently misplaced ;-)

Thanks for coming along!

Any thoughts? Can you add to the list of things we appreciate that begin with the letter T?

*The latest IWSG anthology “Tick Tock: A Stitch in Crime” goes on sale May 1st!