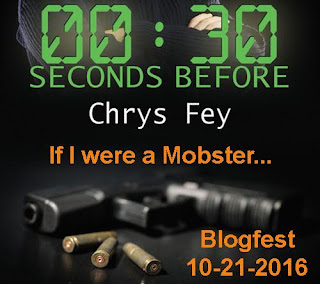 If I were a mobster I think I’d keep a lid on it – not be all flashy like Dillinger, but real sneaky - like the Mist.

The Mist could slip into and out of the Doomsday Seed Vault leaving only a trace of perfume the snoozing guards would think they dreamed of. Or, as in the heist at Tonedeaf Mansion, the lingering smell of death.  That one had not gone as well as planned, but the Mist had, ah, effectively nailed them –to the wall, with the incriminating documents still in hand! Those who survived would have been sent to the Rockies, had they not gone blithering idiot crazy. Lucky dogs, no one else has ever seen the Mist.

This Mobster blogfest is brought to you by the Mistress of Suspense herself, Chrys Fey in honor of the premier of her latest book: 30 Seconds Before!

Blake Herro is a cop in the Cleveland Police Force. Ever since he was a child he wanted to do right by the city he loved by cleaning up the streets and protecting its citizens. Red, a notorious mobster, has other plans.
On a bitter December night, ten police officers are drawn into a trap and killed by Red’s followers. Blake wants to bring down the Mob to avenge his fallen brothers and to prevent other cops from being murdered. Except the only way he can do that is by infiltrating the Mob.
Every minute he’s with these mobsters he’s in danger. Around every corner lies the threat of coming face to face with a gun. Will he make it out of the Mob alive or will he be their next victim? 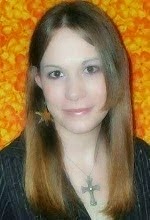 Chrys Fey is the author of the Disaster Crimes Series (Hurricane Crimes and Seismic Crimes), as well as these releases from The Wild Rose Press: 30 Seconds, Ghost of Death, and Witch of Death. Website / Blog / Facebook / Twitter 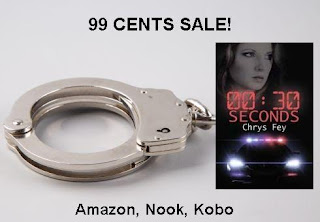 To celebrate, 30 Seconds, the follow up story, is on sale for 99 cents!

See you in November, folks! Until again, be safe, write well and Happy Halloween!