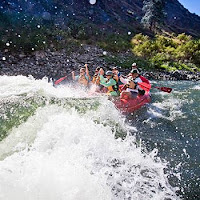 White-water Rafting was not something I thought I’d ever do, until one day (under protest) I did. I gained a deep Respect that day, for those who do it often, and a valuable lesson on the merits of teamwork when navigating raging River rapids. It wasn’t until after that experience that I watched the movie “The River Wild” and found I still wanted to climb right out of the raft (or chair).

Aren’t Remote Controls great? I can recall being instructed to change the television channel “while I was up” whether I was or not. These days, depending on viewer attendance, control of the remote can be a real issue, but I imagine the first remote made by Zenith in the 50’s and called the “Lazy Bones”, was accepted with nothing short of Reverence, though it was connected to a wire attached to the television set across the room. The wireless “Flashmatic” remote, invented by Zenith engineer Eugene Polley was introduced just a few years later.

Long before plastic flamingos dotted lawns across mid-America, Rustic wagon wheels graced crude wooden gates or supported leaning fence posts across the windswept plains and scorching sands of the southwestern desert. We had more than one until the smaller of two rolled away in a Rainstorm. It’s interesting to note that during the uprisings against un-natural yard art in the 60’s, wagon wheels retained acceptable Repute. ;-) 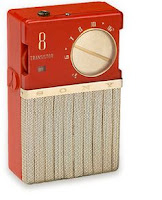 Radio is yet another essence of long ago that I continue to appreciate. While it doesn’t quite pre-date the wagon wheel, it’s been keeping America informed and entertained for over a century. Whether driving, or working in the office, I like the suspense of not knowing what song they’ll play next, what Refreshing tidbit the announcer might impart, and hearing that a road is closed - before I get there.  Remember when you could call the radio station and request that a favorite song be played?

Any thoughts? Can you add to the list of things we appreciate that begin with the letter R?