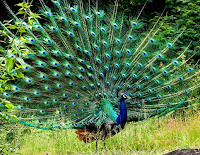 Pets are a lot like Potato Chips; it seems like you can’t just have one. We once had ten (Pets) at the same time. Luckily, we had the room for them ;-)  The Peacock was the hardest to get to know as he was a bit of a scared-y cat. When he wasn’t positioned atop a utility pole in sheer fright, he was on the ground spreading his resplendent plumage as if prepared for combat.

There was also room enough for a fairly large orchard of Pistachio trees which required more care than all of our pets put together! While the trees thrive well in arid areas, they need well-drained soil. And although long, hot summers produce the best seeds (or nuts, as they are called), it takes 7 – 10 years for a tree to reach productive maturity. We quickly came to the conclusion that paint dries much faster, and wondered if the uniquely tasty nuts would actually mature in our lifetime. Prior to leaving profit to posterity, we learned that the trees are highly susceptible to disease due to unsuitable environmental settings and are prone to spontaneous combustion in certain shipping/storage conditions. Nonetheless, in 2014 the United States and Iran accounted for over half of the world’s Pistachio production. 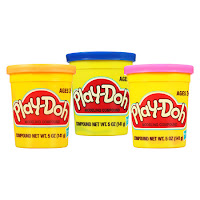 Bob Keeshan (a.k.a. Captain Kangaroo) was a man of my own olfactory tastes when he helped launch Play-Doh, by agreeing to feature it once a week on his show. The Captain liked it so well, himself, that he featured it three times a week and the product once meant for cleaning wallcovering became (after a couple of color and ingredient changes) a best-selling toy for children.  Hasbro has since trademarked the distinctive scent for the purpose of marketing it as a fragrance for ‘Highly creative people to reminisce their childhood days” I know I’m a bit transported every time one of the kids opens up “A can of imagination” ;-) 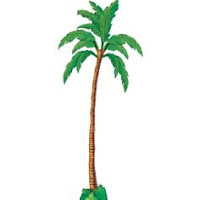 Summer must surely be on its way if I’m already thinking of Palm trees, Panama hats, and paperbacks!

Any thoughts? Can you add to the list of things we appreciate that begin with the letter P?