Science-fiction writer Isaac Asimov is the only author known to have published a book in nine out of the ten Dewey library categories. There are approximately 30,000 registered Little Free Libraries around the world today. Happy Library Day! 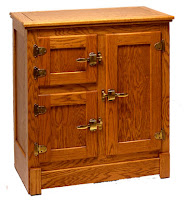 Ice boxes were once considered pieces of furniture, as evidenced by early craftsmanship. Since we have a refrigerator, we use our old Ice Box for board game storage ;- ) Interestingly, the advent of the refrigerator hardly put a dent in the Ice Industry, as a recent census noted revenues well on their way to the stars. Which is another yet to be explored resource for the product in the form of what scientists call “Interstellar Ice.”

Typically, we keep the Ice Cream in the freezer. That is until someone decides to have some. Then everyone wants some, and we wind up with bowls and cartons all over the counter!

Dry Ice smoke can be rather beguiling at magic shows, but the other, alarming kind was no doubt the incentive for the invention of the Infrared Smoke Alarm. While 15 of 16 homes have them today, statistics show that in 3 of every 10 home fires where devices failed it was due to missing, dead, or disconnected batteries. Have you checked your battery lately? 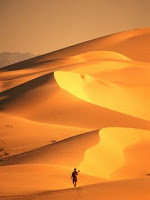 A folktale I heard as a child still captivates my imagination today. As the story goes, in the early 17th century, five Spanish galleons sailed north from the Sea of Cortez on a Pearl fishing expedition to what looked like an island (California) on their maps. (Later maps would show this island clearly connected to land by a vast area of desert sand dunes; un-bisected by water, an area known today as the often perilous Imperial Valley). Only four ships returned home. The captain of the fifth vessel, Juan Iturbe turned up much later, in Acapulco, with a tale that has Inspired both speculation and Intrigue for centuries. It seems Iturbe had sailed into and gone round and round a lake that suddenly had no outlet. Iturbe was forced to abandon his ship full of treasures. Many years later, an Arizona prospector relayed an account by an Indian who spoke of white men first arriving in the desert in a white bird that stayed a long time before its wings fell down and the sand covered it up. More on this story in just a few letters! 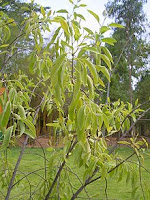 Combustible Bouquets, otherwise known as Incense, have been used for centuries for a variety of reasons. For instance, during pragmatic ceremonies, or to obscure malodorous product issues, deter malevolent demons and appease mystical deities.  While the distinctive fragrance of Sandalwood (my favorite!) remains on the list of most popular, and is the second most expensive wood in the world, harvesting has been largely curtailed due to illegal removal of the entire slow-growing tree in order to extract every drop of precious oil. I appreciate the efforts being made to conserve this ancient and highly aromatic tree.

Any thoughts? Can you add to the list of things we appreciate that begin with the letter I?