Daily temperatures are already high enough to cause Heatwaves on blacktop in late afternoons when the sweet scent of Honeysuckle wafts on a tepid breeze. The number of Hummingbirds has doubled this year and it might be the same for the Honey bees.

At least, I hope they are Honey Bees. If not, in honor of Home Improvement Month, I’ll have them removed while I hide inside; replacing the kitchen faucet ;-)

The Hubbell Trading Post was established in 1876 at the foot of the Defiance Plateau in the small settlement of Ganado, Arizona. John Lorenzo Hubbell (later called “Don”, a term of respect) purchased the trading post after the Navajo returned home from the “Long Walk” and through his knowledge of the culture and demand for fine craftsmanship, became known as the foremost Navajo Trader of his time.  Don Lorenzo is said to be the only Caucasian buried on Navajo land. Property of the National Park System, the Hubbell Trading Post is still open for business and daily tours are offered of the original homestead, built by Hubbell himself. 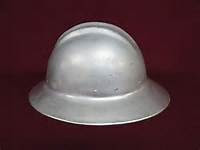 In 1919, the mining equipment and industrial safety firm of E.D. Bullard patented a protective cap they called the “Hard-boiled Hat”. That same year, Bullard was commissioned by the US Navy to create one for Shipyard workers (sometime after which a name change occurred), and usage of the protective headgear became widespread. Hard hats were first mandated on a project in 1931, when construction began on Hoover Dam. In addition to head protection, and available in numerous colors, shapes, and sizes, many Hard Hats include interesting and useful upgrades such as curled brims that act as rain gutters that channel rainwater away from down the wearer’s back. Some hard hats are equipped with headlamps, visors, rear-view mirrors, and/or chin straps. While not approved for all applications, I’m kind of partial to this one: 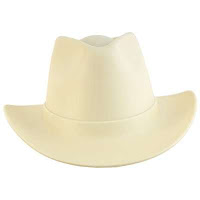 If you’re into Hiking, as I am, the famed Arizona Trail is only 800 miles long, and as one hardy hiker describes it; you might never be the same ;-)

Havasu Falls is a gorgeous place to visit. The description "Paradise on Earth" might seem a tad misleading as you trudge along the dusty paths in 100 degree temperatures, but seeing is believing! You'll need LOTS of water (preferably cold), and a permit from the Havasupai Indian Reservation.

Homeward bound sounds nice when you’re hungry for some Homemade Soup or pie, doesn’t it?

Thanks for coming along!

Any thoughts? Can you add to the list of things we appreciate that begin with the letter H?