Among my favorite things to see is the color Green of grass and leaves, emerald stones and peas – and grapes - though the reds taste so much sweeter.
We have both of the two leading producers of Greeting Cards in the world right here in the United States. Cards are some of my favorite things to shop for. Have you ever laughed out loud in a card aisle? 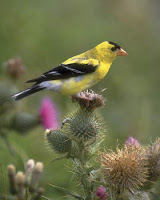 Goldfinches, when gathered in numbers are called a Charm, which I think is fitting since they sing the sweetest song. By the amount of Golden Crownbeards I see popping up around the property, I’d say spring is indeed upon us, here in the Sonoran desert. But I do declare these yellow flowers are much more attractive along roadsides on my way to my latest Ghost Town adventure. 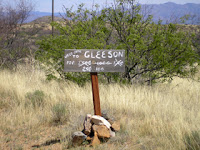 On the south side of the Dragoon Mountains lie the ruins of a town called Gleeson. Indians first prospected the area for turquoise. But in 1900, an industrious miner by the name of John Gleeson discovered there were also large deposits of copper to be had. It wasn’t long before more miners flooded the area and Gleeson became a bustling town of 500 people. A post office opened within a matter of months and actually lasted longer than the old settlement did. Today there are more remains of buildings than there are residents, including a Saloon, a store, a hospital, a jail, and the remnants of an old school. 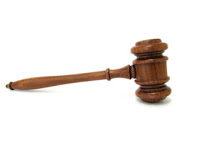 The small ceremonial mallet, most often called a Gavel, was used by VP John Adams to call the very first US Senate to order in 1789. Auctioneers use them when finalizing a sale. Rapping a gavel also signifies the closing of proceedings, and in some cases, they’re used to keep order during events where they are used. There are actually rules for Gavel usage, the knowledge of which would have come in handy for another VP who broke one during a heated debate in 1954. The replacement of that gavel proved to be quite a task since it was made of solid ivory. 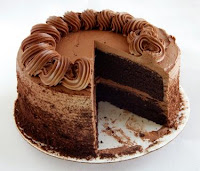 German Chocolate cake was created by an Englishman, Samuel German, who worked at Baker Chocolate Company; the first American chocolate factory, located in Massachusetts. Who knew?

Any thoughts? Can you add to the list of things we appreciate that begin with the letter G?
Posted by diedre Knight at 1:30:00 AM