Friends of the Famous - I

“A barking dog is often more helpful than a sleeping lion,” ~ Washington Irving, inventor of refrigeration for transport vehicles. 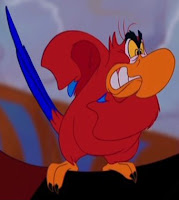 When your twin brother is Shakespeare’s villainous Othello, your lot in life is presumably cast, and the antagonistic, greedy and always witty Iago in Walt Disney’s Aladdin superbly validates the assumption in his endeavor to become one of two rulers of the city of Agrabah. “Conscience? Never had one, Never!”  And casting the role of Iago’s voice was evidently also pre-ordained according to Screenwriter Terry Rosso when you have that much emotion bottled-up inside a small bird “you end up with a feathered Gilbert Gottfried”. 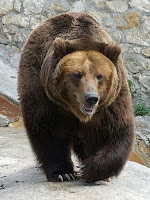 Orphaned at a very early age and treated less than poorly by assigned elders, Ivan the Terrible nonetheless possessed such an exalted idea of his own divine authority as to become easily the most infamously reviled ruler in Russian (or any?) history; beginning at age fourteen when he was proclaimed grand duke. Having had eight wives and two sons; one of whom he killed in a fit of anger, he did at one point seem to display a slight indication of normalcy by having pets. And while it may seem fitting that his pets were wild bears, albeit well-fed, the disturbing fact remains that he fed them people. 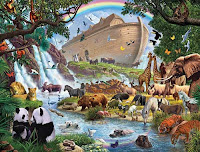 James Benson Irwin, the eighth person to walk on the moon, and the first and youngest astronaut to pass away after service, was the Lunar Module Pilot on Apollo 15 who suffered an in-flight heart attack. To NASA physicians monitoring his vitals from earth, this was of minimal concern since the cabin atmosphere afforded 100 percent oxygen – and zero gravity; conditions essential for intensive care. Irwin returned to earth, miraculously without a trace of physical distress, but suffered another heart attack a few months later. He then, however, spearheaded several expeditions to Mount Ararat in Turkey, in (unsuccessful) searches for remains of Noah’s Ark. While records of Irwin’s pets are unavailable, can you imagine finding remnants of the vessel that saved so many would-be pets so very long ago?
“I felt the power of God as I’d never felt it before.” ~ James ‘Jim’ Irwin

Which Disney character would best describe you? Have you ever known someone undeserving of a pet? What is the first animal you’d expect to see stepping off the ark?