Friends of the Famous - J


“God gives every bird its food, but He does not throw it into its nest.” » J.G. Holland

Birds were always a favorite of President Thomas Jefferson, but none more so than a mockingbird named Dick. Allowed to roam freely throughout the study, Dick often perched on the armchair while Jefferson worked at his desk. The two occasionally performed duets and Dick would pour his little heart out in song to the music of the president’s violin.  While birds were typically the topic of observations recorded by Jefferson, of two grizzly cubs gifted to him by Capt. Zebulon Pike, the president explained in a letter to his granddaughter that the bears had proven “too dangerous and troublesome to keep, I shall, therefore, send them to Peale’s Museum.” 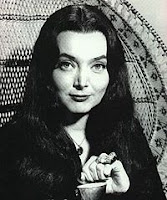 While the jury may still be out on who could, would or should have played the role of Morticia in the 1991 film, Carolyn Jones – “Sugar, cream or cyanide?” played the role of the sultry matriarch in 64 episodes of the ‘The Addams Family’ television show, and had a pet African Strangler; a flesh-eating potted plant she called Aristotle.  When not being nearly maimed by the carnivorous cravings of the plant, visitors were often running out the front door in fear of “kitty kat”, the family pet lion who occasionally wandered through the mansion. Though her role in the popular series afforded her a Golden Globe Award nomination, the career of Carolyn Jones would decline soon after, as she struggled with life-long effects of asthma and swiftly-spreading cancer. Her last acting role, in the daytime soap opera Capitol, was often played from her wheelchair though she managed to finish out one season before she died at the age of 53. 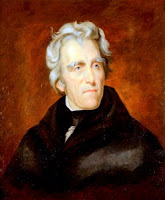 Affectionately dubbed “Old Hickory”, possibly for beating a would-be assassin near senseless with his walking stick after the  assailant’s gun misfired at a speaking engagement, in addition to outfitting the entire White House with spittoons and engaging in duels, it might stand to reason why president Andrew Jackson’s beloved parrot was famously ejected from his master’s funeral for cursing!

Did you ever have a pet you just couldn’t keep? Did you watch the Addams Family TV series? Would you teach your bird to curse?