Friends of the Famous - B 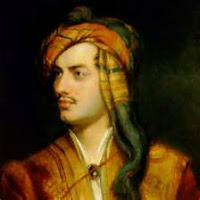 When Lord Byron, the famously flamboyant aristocratic poet of the 19th century Romantic Movement, discovered he couldn’t bring along his beloved Newfoundland, named Boatswain to Trinity College, he adopted a bear he called Bruin, instead. Although Bruin followed Lord Byron around in much the same way as a dog would, the poet’s devotion was never more evident than at the end of his dog Boatswain’s life, when Lord Byron nursed his canine friend without caution for himself, until the dog succumbed to rabies.
“There is pleasure in the pathless woods, there is rapture in the lonely shore, there is society where none intrudes, by the deep sea, and the music in its roar; I love not man the less, but nature more.” ~ Lord Byron 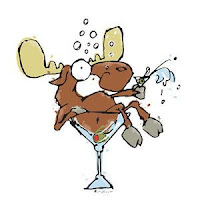 Tycho Brahe was a 16th-century astronomer who, after witnessing the highly doubted occurrence of a solar eclipse, became forever enamored with stars and measurements of alignment in the solar system. Adamant about the correctness of his mathematical formulas, he lost part of his nose in a sword duel with his third cousin, who dared to disagree. Nonetheless, Brahe’s lengthy notes would later be used in the groundwork of Sir Isaac Newton. But in the meantime, he had an Elk, with a penchant for alcohol. The elk, an agreeable sort, was known to frequently out-drink the guests at dinner parties until one night after too many beers Brahe’s congenial friend tumbled down the stairs and died. ∞

The Chicago Tribune once named the original movie ‘Benji’ the best family film of all time, and this was before the little guy went on to become the second (behind Lassie) animal ever to be inducted into the Animal Actors Hall of Fame. When trainer Frank Inn adopted Higgins from a shelter, he couldn’t have known the dog, who also played in Petticoat Junction, would go on to such fame, or have foreseen the phenomenal impact a shelter dog would have on the pet-adopting public. Subsequently, the part of Benji when not an offspring of Higgins, was played by shelter dogs.

Have you ever lost a treasured pet? Would you drink with an Elk? Would you, or do you have a shelter pet?