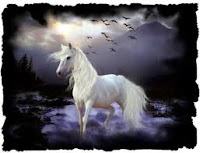 “The difference between fact and fiction? Fiction has to make sense.” ~Tom Clancy

Storms around here often make history simply by forming at all.  Many weeks—even months go by without a drop of rain or whisper of wind beneath a brutal sun as summer days drag on. Until at last upon a scorching breeze, a swirling inferno spirals across the desert plains; gathering up the bone-dry sand as it marches on in destructive fury.  And consequently, we have dust storms in a city with more blacktop than sand.

Fortunately, these occurrences aren’t frequent but they do occur and evidently always have, as in the legend of two cowboys.

Whether lost or simply wandering, two cowboys trudged across the desert beneath a searing sun as supplies began to dwindle with no sign of civilization—or water—in sight.  By the time their horses died of exposure, the two realized that travelling by day was becoming too perilous and stopped where they stood to await the soothing shelter of darkness.

But a massive storm arrived before nightfall; whipping sand in their eyes, embedding small stones in their cheeks and raging on for days.  There was no rain, only wind; rendering travel at night as treacherous as if by day.  All the two cowboys could do was wait for the storm to pass.

When at last, on a starless night at the sound of pounding hooves, one of the cowboys wrenched open his sand encrusted eyes to see a band of white horses; their riders dressed in white with spurs of gleaming silver, charging up to where the men lay half-buried in the sand, and he raised a weary arm to flag them down.

He watched in silent gratitude as the White Riders gently carried the other cowboy to a riderless white horse and placed him in the saddle.  When the riders remounted and prepared to ride away, the remaining cowboy tried to cry out but his lips were swollen shut. He had not enough moisture left in his body for a teardrop as he watched them disappear one by one into the storm, but the last rider paused long enough to say “It is not your turn today.”

Stunned, the cowboy laid his head on his arm in despair until sleep was a cloak of blissfully dark oblivion.

He woke to the insistent nudging of his shoulder by a prospector who wanted to know if he was dead because his buddy beside him sure was.  With that, the cowboy realized he had seen the White Riders of Death but they had somehow spared him.

As children, the legend was meant to deter ‘wandering’ and was taken quite literally; you wander off, the White Riders will find you. But since it was clearly not invented by a child, I have to believe there’s a deeper, even spiritual meaning behind it.

Could it have been the cowboy’s subconscious awareness of his buddy’s death? Wishful dreaming of being rescued, by a desperate heart?  Do you get dust storms where you live?
Posted by diedre Knight at 3:00:00 AM