A is for Arizona! No surprise there, huh? It’s also no secret how much I love being born, raised and still baking in what I like to call the State of Many Wonders. Between the wide-ranging climates, diverse cultures and many natural wonders it was a tough choice deciding on a theme for my first Blogging A to Z  April 2015 Challenge.

So I’m going wild instead! Yep, I’m talking Wildlife. After all, no matter where you go you can count on an encounter with at least one.  And as ‘A’ would have it, one of my favorites is high on the list! 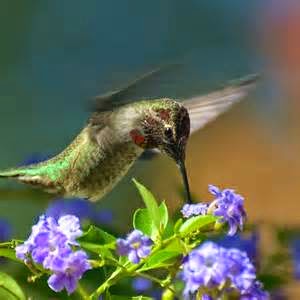 Anna’s Hummingbirds are the perfect adornment to any backyard as their iridescent green bodies and rose-colored throats make a dazzling first (and lasting) impression. Not much for migrating, these tiny jewels will generally stay around as long as there are flowers or feeders nearby.  They tend to have quite an appetite and consume more insects than any other North American hummingbird and the proud little males like to sit all day on high branches, crooning loudly to their mates. With a heart rate of 1260 beats per minute, I wondered how they could ever endure a frightening situation until one day a curious soul found his way into the house. Oh, he was frantic for several seconds; thrashing his teeny self against the clearstory windows, till at last he dropped from the air and hit the dining room table with a soft thud.  Fearing the worst, we checked for any sign of a heart rate—and found none.  With heavy hearts we carefully set the poor little guy out on the patio table while we contemplated funeral arrangements.  Next thing we know, he’d not only left the patio table but had cozied up at the feeder for a long drink. I think I’d have done the same!

Now if anyone has a suggestion as to how to get rid of woodpeckers, I’d love to hear it. Though these diminutive critters do have a few predators, they don’t seem to care for the squeaky pests that have taken over their feeders—and neither do I!

Email ThisBlogThis!Share to TwitterShare to FacebookShare to Pinterest
Labels: A to Z Challenge, Arizona, Blogging, Wildlife