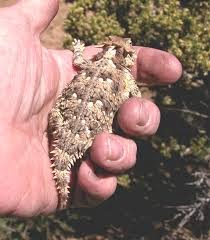 Mating is a highly competitive sport for the males, but once they do they’re off to find another gal. Meanwhile, the female must quickly create a nest as her eggs will arrive in as little as a couple weeks.  She will then cover her 10-30 eggs with sand and depart; leaving her young to fend for themselves.

Have you ever held or owned a lizard? Would you?
Posted by diedre Knight at 11:01:00 AM