A to Z Blogging Challenge - X 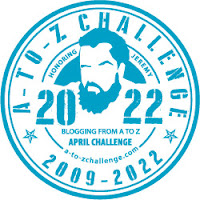 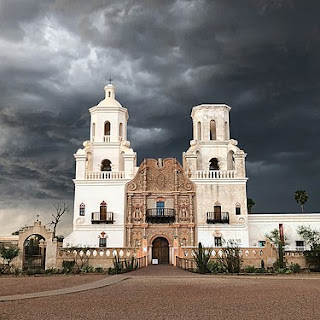 Founded in 1692 by Padre Eusebio Francisco Kino, this Spanish catholic mission was named for Francis Xavier, a Christian missionary and co-founder of the Society of Jesus in Europe. The original church served the mission and the O’odham people along the Santa Cruz River until about 1770 when it was destroyed by Apache raids.

The (new) mission that still stands today was commissioned with funds borrowed from a Sonoran rancher and constructed largely by native O’odham workers under the guidance of architect Ignacio Gaona between 1783 and 1797.

Following Mexican Independence in 1821, the Mexican government banned all Spanish-born priests. Once the last Franciscan departed in 1837, operations at the mission began to deteriorate.

The mission might have succumbed to decay by 1853 if not for the Gadsden Purchase which included San Zavier as part of the United States and the new Arizona Territory. The Diocese of Tucson was then formed, putting in place a priest and establishing services once again.

One of the finest examples of Spanish colonial architecture in the US, the San Zavier Mission is considered to be perhaps the best and oldest civilized structure in Arizona.

I’ve been to the mission many times and highly recommend a visit. Would you go? Have you been?