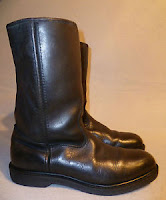 Did you know that the hole in the pull of a Zipper is to enable the attachment of string (a small nut pick works well too) for better leverage when dealing with a stubborn track? From its inception in 1851, an incredible amount of time and several design and name changes took place before the novel idea was fully embraced. It wasn’t until 1925 when B.F. Goodrich Company used the “Separable fastener” on a line of boots they called “Zipper Boots” (in reference to the sound it made) that the name and product finally stuck (grin). 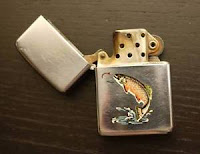 In fact, George G. Blaisdell liked the phonetics of the name Zipper enough to use a modernized version of it when he patented the Zippo Lighter in 1932. Inspired by an Austrian lighter which required the use of two hands on a breezy northeastern evening, Blaisdell began producing a more manageable (requiring only one hand), improved wind resistant, and much classier model that in 86 years has certainly stood the test of time. The iconic lighter has appeared in as many as 2000 films (as character props), and the company continues to ship over 12 million lighters a year.

For the purpose of transporting goods, food, supplies – and even ammunition, across vast areas such as Australia’s Outback and China’s many mountains and rivers, people have used Ziplines or some derivative of; such as for Chimneysweeps and Steeplejacks, since at least the 1700’s.  H. G. Wells mentioned an inclined strong in his 1897 book “Invisible Man.” Scientists found them indispensable in the study for forest canopies (before drones, I suppose). These days, Ziplines are a fast growing vacation attraction. I’ve had the opportunity to try it myself, twice. The first time, a nearby mini-pig race seemed much more appealing, especially when one little racer ran right off the track and into the crowd of spectators! The second occasion, which I also declined, was located in Las Vegas, Nevada, on Fremont Street where I found the sights and sounds of the street so astonishing I was effectively glued in place as the Zip-liners swooshed overhead.  Would you, or have you tried it?

It seems the time is right to plant some Zinnias and find my Zen with a little ZachBrown in the background.

Any thoughts? Can you add to the list of things we appreciate that begin with the letter V?