Where There are Dreams 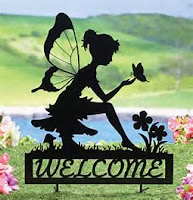 Where there are dreams, there is magic! And today it seems to be happening right here, as Audrey Mei graces us with a visit along her Diverse Historical Fiction Blog Tour for her fantastic new novel


About the Book:
Revolution rages in 20th-century China, a rusting container ship sails the world for two decades, and a tiny fairy is frustrated in a northern harbor town. “Trixi Pudong and the Greater World” is a family saga with a magical twist, spanning Shanghai’s Golden Age to Hamburg, Germany, 2015. It is a tale of four generations of a Chinese family, torn between their deepest dreams and loyalties.

Check out her awesome trailer: 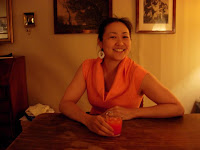 Audrey Mei was born in Oakland, CA, and grew up in the San Francisco Bay Area before studying cello and biological psychology/pre-med in Boston (New England Conservatory of Music/Tufts University). Following graduation, she received a Fulbright Grant for graduate studies in cello performance at Sibelius Academy in Helsinki, Finland. Since 2006, Audrey has been dedicated to writing prose and poetry and has been published in Gangway Literary Magazine and Glimmer Train among others, as well as participating for several years in the Berlin English language literary scene.

The Anatomy of Productive Inspiration

Thank you Diedre for hosting me on my blog tour!

My pleasure, Audrey! I know you've been really busy.

This week, I've posted about why I wrote my novel Trixi Pudong and the Greater World on Lidy Wilks' blog, and on Quanie Miller's blog about the secret to writing a page-turner that moves forward. Today I'm writing about Inspiration, how I use Inspiration as a concrete tool in my writing.

I'm one of those authors that writes backward -- to create something that moves forward. My inspiration comes from knowing where my book ends. And how the chapter ends, and how the paragraph ends.

But how do I find a good point of inspiration to work towards? Well, you know that feeling when you see a movie or read a book and that profound moment comes where you think, "This is great"?

Like the scene at the end of Sofia Coppola's Lost in Translation where Bill Murray jumps out of the taxi in Tokyo to bid one final goodbye to Scarlett Johansson on a busy sidewalk. He whispers something unknown into her ear, but exactly what he says isn't important anymore; the moment is pure intimacy.

Or the scene in Florian Henckel von Donnersmarck's film The Lives of Others, where the Stasi officer Gerd Wiesler is wearing surveillance headphones in a drab East Berlin attic, spying on his enemy, but instead hearing a beautiful Beethoven Sonata from the apartment below. The moment is infused with Wiesler's tacit longing to be loved himself.

I try to capture this feeling -- what is it exactly, a feeling of emotional Quality? -- and I try to put together elements that will build this feeling. There's a point where I get obsessed with this inspiration and I can't let go. I start working backwards, filling in the story that sets up and prepares this moment. It's a true meditation and it takes concentration.

I didn't discover this process intentionally. It was more my obsession with powerful emotions that move an audience. But then when I finished the first manuscript for Trixi Pudong, and one of my hardest writing critics (a self-described Asberger personality) responded, "I actually cried a few tears when I got to the part where Trixi [spoiler information]. How did you do that, Ms. Mei?!"

Then I realized that with enough focus and discipline in adhering to the rules of good writing, the emotional state while we are writing can be transmitted through little black-and-white words on the page.

What is your experience in using Inspiration while you write?