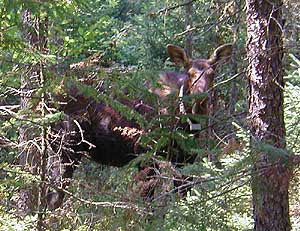 With 400 miles of coastline; dotted with captivating harbor towns infused with impeccable New England charm, it’s difficult to imagine Rhode Island as the smallest state in the nation. More so, the fact that sixty percent of the state is densely burgeoning forest land. It’s important to note that in this state, no one may bite off the leg of another, and the throwing of pickle juice on a trolley is prohibited.

In 1907, when whiskey magnate Edson Bradley first built his 40 thousand Sq. Ft. home in Washington, DC, he called it Aladdin’s Palace. Covering nearly a full city block and, among many other impressive attributes, sporting a chapel big enough to seat 150 people. What caught the attention of “Ripley’s Believe it or Not” was when he moved it to Newport in 1923! Incorporating the massive home into an existing mega mansion called Seaview Terrace, he, along with wife Julia, lived out their lives in the idyllic “Cottage” by the sea. Mrs. Bradley, they say, loved the place so much her Esty organ can still be heard on quiet windswept nights, along with footsteps, jiggling door handles and soft voices. Though the sprawling mansion had fallen into sad disrepair by 1974, it was purchased by Milton and Millicent Carey; who began immediate restorations and renamed it Carey Mansion.
If the image brings to mind Dark Shadows, it’s because it was indeed the (exterior) setting used for the fictional Collinwood Mansion.

Connecticut, Bridgeport
While traveling through the birthplace state of the Frisbee, and Noah Webster (Hartford) you might want to keep in mind that it’s illegal to cross a street while walking on your hands, you may not educate dogs and kissing your wife on Sunday is prohibited. 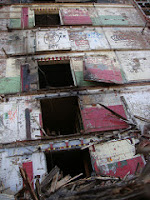 Decommissioned since 1986, the old Remington Arms Factory is far from abandoned. Aside from migrant homeless and passing fugitives, there are more than a few who haven’t left the building since they died there.  Dating back to WWI, this was the site of what the New York Times dubbed the “greatest small arms and ammunition plant in the world”, boasting well over 17,000 employees with an implicit emphasis on production rather than safety; which led to an extremely high mortality rate among workers. In 1905 three men were killed when an explosion blew one the 38 buildings to literal pieces. Lead dust from the accident filled the factory and resulted in the slow demise of many with prolonged contact. Demand for munitions was still high in 1914 when the workers staged an uprising in protest of the dire conditions, which was quickly and forcibly quelled by Remington Security in accordance with local Police forces. But it was yet another explosion and subsequent fire in a munitions building that blew bullets into adjacent buildings and nearby neighborhoods that signaled the inevitable end to one of the most dangerous industrial transgressions in history when 7 workers were killed and 80 more injured. These days; according to locals and those on security patrol, the building remains quite alive with the disgruntled spirits and disembodied screams and voices of those who are not.

Did you watch Dark Shadows? Is there a pie plate in your cupboard? Would you visit these places?

Thanks for coming along!
Posted by diedre Knight at 2:30:00 AM