Friends of the Famous - W 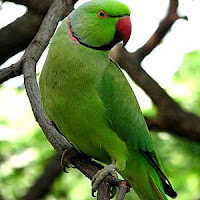 Willie, an 11-month-old parrot similar to many others, enjoys mimicking his owner Meagan Howard with phrases like “give me a kiss,” “come here” and “I want out.” One day Howard, who he calls “Mama,” was watching her roommate’s two-year-old daughter Hannah in their apartment. Howard toasted a Pop-Tart for the toddler and put it on the dining room table. As it was cooling, she went to the bathroom quickly and moments later, heard Willie in his cage screeching and shouting “Mama, baby! Mama, baby!” Hannah had been choking on a piece of Pop-Tart and Howard performed the Heimlich maneuver to save her life. Willie never said the word “baby” before this incident, but recognized he had to get his owner’s attention quickly to help save Hannah. 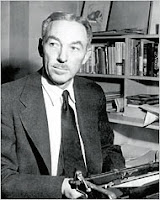 To the acclaimed author E.B. White, who blessed us with such classics as ‘Stuart Little, Charlotte’s Web, and Trumpet of the Swan, nature and animals assured the continuity of stability in an ever-changing world. Affected by a tangible affinity for nature and animals alike, his works maintain a certainty that animals understood him, especially his dogs.  Dachshunds were his breed of choice, though any dog would do. “I can still see my first dog. For six years he met me at the same place after school and convoyed me home—a service he thought up himself. A boy doesn't forget that sort of association.” 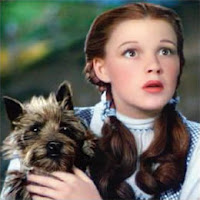 After a bit part as ‘Rags’ with Shirley Temple in ‘Bright Eyes’, the spunky Cairn terrier named Terry had been all but ignored in a kennel for nearly four years before trainer Carl Spitz took notice and prepared him for his unforgettable role as Dorothy’s brave little dog, Toto in the Wizard of Oz.  Despite a dare-devil spirit which once cost him a broken paw, Terry was easily trained and performed his own stunts; earning him a weekly wage higher than that of his human cast-mates! The enduring film spawned several remakes, including stage productions, and inspired the ‘rags to riches’ autobiography called “I, Toto” by Willard Carroll.


“If there are no dogs in heaven, then when I die I want to go where they went” ~ Will Rogers

I think I could learn to love a bird like Willie, couldn’t you?  Do you remember your first pet? How old where you when you first saw the Wizard of Oz?