Friends of the Famous - N 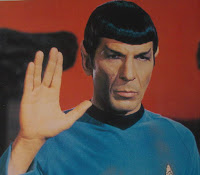 In the Star Trek episode entitled Catspaw Leonard Nimoy (the iconic Mr. Spock) expertly handled a sleek black cat before it transformed into a beautiful woman.  The same practiced care was evident in The Enemy Within, though with a dog that was accidentally divided into both good and evil by the transporter. Nimoy came up with the famous “Vulcan Salute”, based on an actual gesture used in Jewish rituals and “Be well and prosper” are his own words, used during a speech he made to college graduates.  Due to the deep respect and affection Nimoy shared with the animals on the show and in general, it came as no surprise when Star Trek ended in 1969 that Nimoy became co-owner of a pet shop in the San Fernando Valley near his home.  Chipmunks, Monkeys, Crocodiles, Boa constrictors and a South American Otter were among the pets sold at the Pet Pad while Nimoy kept a cat, a dog, a hamster, two rabbits, a tank full of fish and a tortoise (for the kids) at home. 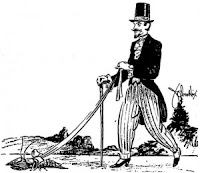 Widely known and often speculated is the story of the eccentric French poet Gerard de Nerval who had a pet lobster he walked on a blue silk ribbon each day along the Palais Royale in Paris. Of his unusual pet he wrote:
Why should a lobster be any more ridiculous than a dog ...or a cat, or a gazelle, or a lion, or any other animal that one chooses to take for a walk? I have a liking for lobsters. They are peaceful, serious creatures. They know the secrets of the sea, they don't bark, and they don't gnaw upon one's monadic privacy like dogs do. And Goethe had an aversion to dogs, and he wasn't mad. 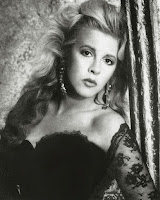 It’s all cats and dogs for steamy songwriter/contralto singer Stevie Nicks who at last check, owned a Chinese Crested Yorkshire Terrier.  Like most designer purebreds, these little dogs require specific grooming care and a bit of patience while in training but they are good with children and make wonderful pets for busy rock stars who don’t want dog hair on furniture and upholstery.

Were you a fan of Mr. Spock? Do you believe the story of the lobster on a leash? Do you have a designer pet?