Friends of the Famous - G 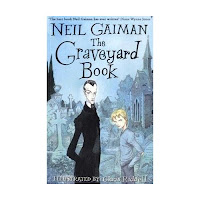 In addition to his critically acclaimed comic book series; The Sandman, English novelist Neil Gaiman was the first author ever to receive both the Newberry and the Carnegie medals for the same work; The Graveyard Book. When he isn’t writing epic kid-goth or inspecting universes behind the fridge, Gaiman spends treasured time with furry friends, including a handful of cats and a dog he once rescued from the side of a road in the rain. He named the dog Cabal, after King Arthur’s dog; who could see the wind (and was also white as snow). Gaiman and Cabal enjoyed a great many years in mutual devotion before the dog passed away.
“Sometimes you wake up. Sometimes the fall kills you. And sometimes, when you fall, you fly.” ~ Neil Gaiman

Unintended star of the world’s most syndicated comic strip, Garfield the lasagna-loving cat is also the most beloved creation of author/illustrator Jim Davis.  Davis patterned the character after his grandfather, who he describes as “a large cantankerous man” with a farm and a great many cats, though not as the leading character of the comic strip. Garfield’s ‘owner’ Jon was originally intended to have the lead role, but fans decided otherwise.   While 17 million fans are nothing to sneeze at, Davis still somewhat laments the fact that his own father preferred ‘Beetle Bailey’ to the Garfield comic strip. The continued success of the cat’s adventures was largely enhanced when Charles Schulz (Peanuts creator) happened by the drawing desk one day and suggested Davis give the cat bigger back paws in order to stand upright. With that, Garfield slimmed down (a little) and was given a voice for film and television adaptations. The voice was that of Lorenzo Music who also did the disembodied voice of the doorman Carlton in the sitcom “Rhoda” and subbed for Bill Murray on occasion in the movie “The Real Ghostbusters”.  When eventually Bill Murray agreed to be Garfield’s voice, Davis was genuinely pleased and well aware of the irony.
“Way down deep, we're all motivated by the same urges. Cats have the courage to live by them.” ~ Jim Davis

Have you named any pet after a famous person or pet? What kind of human food does your pet enjoy?