We’d probably be hard-pressed to find anyone who hasn’t heard of the man with the ‘Golden Voice’, a.k.a. Ted Williams, the homeless man who catapulted to fame in 2011. And certainly we all knew it was Casey Kasem’s voice as Shaggy in Scooby Doo, but I was genuinely surprised to discover that Bruce Willis is the voice of Spike in the Rugrats movie! Did you know George Clooney was the voice of the doctor in South Park?

Somewhere in social media I saw a what-if clip of the voice of Morgan Freeman as a car GPS. “Well, you missed that turn, get busy livin’ or get busy drivin’…” The clip sure cracked me up but it also made me think about voices in general and naturally, it led me to wonder if a writer is always expected to have only one, distinctive, albeit only one voice.

Is that even possible? Given the wide range of emotions that flow through our fingers to the page; joy, excitement, sadness, wouldn’t it stand to reason that it all depends on the mood that provides the tone—or voice, of what we convey? 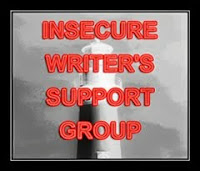 Turns out, there are compelling beliefs on both sides of this issue. On the one hand a new or “inexperienced” writer is strongly advised to stick to one thing at a time (in order to hone their skill), as should seasoned authors already cozy in a given genre, so as to fortify their standing in a particular market. Now, on the other hand, how do you know where you’re most comfortable unless you try a few, and suppose you honestly enjoy writing in a variety of genres? I should note that of late, many agents are broadening their clientele to include mutli-genre writers, but it’s important to have a mutli-genre following before you find one.

Do you have more than one voice? Do you feel the use of pen names is a good way to compartmentalize different genres? Whose voice would you like to hear on your GPS?

Thanks for stopping by, folks! Be sure to check out more IWSG posts on the list at Insecure Writer’s SupportGroup or visit Alex Cavanaugh