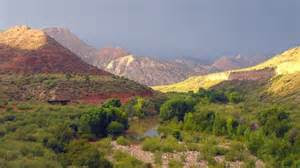 Descending in a feather’s drift, the morning crisp and vibrant, shadows of composite wings mar a flawless sky in upwind aerobatics  as daring gliders behold in awe the valley far below and the dormant towns that were—once upon a time. And little do they know; these inoffensive viewers, that the tranquil streets of Cottonwood belie the lively nights when cupboards slam and windows gape with supernatural delight.

So teeming is this particular town of yore with restless souls of fate that darkness is not a prerequisite for demonstrations.  For instance, remodeling a turn of the century home is decidedly frowned upon by the spirits that be , unless you don’t mind finding boxes of new bathroom tile strewn across the lawn in broad daylight or the muffled meow of a cat you never see that beckons you to come find the kitchen trash strewn across the floor. 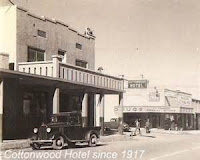 One daring option for temporary stays is the historic Cottonwood Hotel, where the proprietor once conducted a bustling haberdashery which serviced not just the many distinguished owners of businesses; the number of which, at one time, surpassed the population count, but guests and patrons from nearby towns as well--right in the hotel lobby.

The Cottonwood Hotel was as grand as any in 1916. However, it had to be rebuilt in 1925 after a spectacular (nearby) Bootlegging still explosion and consequent raging inferno that consumed the entire west end of town. The roving Reverend George Brooks, in addition to the Bible, occasionally read Tarot cards and is said to have predicted his own demise a few hours before becoming the only fatality in the devastating fire; when he couldn’t escape his hotel room after the staircase gave way.  A night’s stay at the Cottonwood is almost sure to offer a glimpse of the Reverend roaming the upstairs hall. 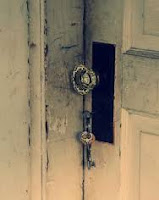 And of course, a picture of the Reverend remains on a wall of the Wine Room (formerly suite #1, the Reverend’s room) where it inexplicably appeared one day. Across the room is an old door with a skeleton key lock; from which screws keep falling out and setting off EMF meters.

Apparitions are often seen coming through the window of suite #2 where John Wayne and Gail Russell were fond of staying during breaks while filming “Angel and the Badman” in nearby Sedona. The not-so-secret romance nearly got John Wayne killed when his wife found out!

Suite #7 boasts infrequent visits by a visibly distressed woman who seems to be searching for her son. Since there are no records of any children at the hotel, it is presumed the boy in question is the spirit who meanders the aisles of the Orion Bakery. 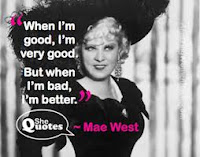 By far the most spiritually active suite is #4 where America’s most startling woman, Mae West settled in and made it her own; right down to drapes around a bed beneath a ceiling mirror! And if not, in fact, the spirit of Ms. West, it is nonetheless a most gregarious female entity who loves all things battery operated and  will keep turning them on for you. She keeps the room at her favorite temperature by turning off the heat in winter, and any jewelry or trinkets of any sort will not be found where you left them. Once, a female guest left her jacket across the street at the bar where it disappeared before she promptly returned for it. The jacket turned up over the back of the chair in suite #4 a day after the guest had checked out.

Seems like no matter where you go, each new (old) town has a history. Sometimes it’s only the ones who remain who keep it alive. Therein lies the adventure!

And speaking of adventures, I’m embarking on an exciting new one this week and will share as things transpire! In the meantime, which room would you prefer at the Cottonwood? Have you ever been in a haberdashery? 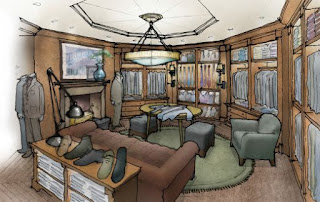