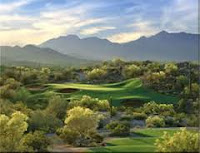 Far from city sights and sounds, primarily clement seasons facilitate our tranquil turquoise skies as vibrant greens on gentle mounds roll right on up to many a summit base; beckoning ascent.
For some, the temptation is irresistible.  For most, the whispering legends go unheard, hindered by the certainty of an arduous journey.

But those who have climbed will assure you I am not talking about places you hear of every day.  Though Southern Arizona has its share of renowned majestic peaks, there are clusters where the sun-wearied voices of pinnacle visitors are hushed in the wind-whipped dust.  These are the places you don’t hear of every day. 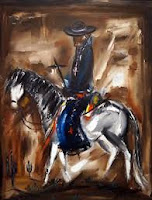 And just getting to some of these places can turn a person’s hair white, if not from the glaring sun, then say… you have an aversion to the sound of a hundred invisible horses stampeding toward you—only to abruptly stop in the distance.  Or if you’d be disquieted by the sudden appearance of an old Spanish Padre; his shadow long on the desert floor, who proceeds to become translucent before vanishing completely—before  your very eyes.

Sure, you could be having a heat stroke or seeing a mirage…or you could be witnessing pieces of a mystery that has baffled folks since at least the 1950’s, though it evidently began long before that.

Initially, most are treasure hunters. Lord knows Arizona has more than its share of abandoned mines and buried riches. However, those who have run across the “doorway to the gods” tend to flat forget what they ever went up there for in the first place!

At first the seven foot archway made of stone was merely a curiosity. But once adventurers compared notes among themselves and the area locals, it became quite another…thing.

It seems that all encounters occur at or very near the archway. Remember the stampeding horses, stopping abruptly?  The old Spanish padre?  It gets even better. Apparently, going through the arch is ill-advised because you just might not come out the other side. In the same place, that is.

As in the group of four who returned to town as a babbling group of three with wild eyes. And the story of the rabbit (poor little trick) tossed by a woman to prove her point, that never landed in the waiting arms of a man on the other side of the arch. (Does this explain the horses?) One account which convinced the witness to never return again—though many do, depicts an impending storm; darkened skies, while the view through the arch was of skies of cloudless blue.

Accounts of those who returned are as remarkable as any in that they were able to produce proof (at least to them) in the form of enormous geode deposits which appeared around the site over the years as if from cosmic rain or stone storms.

But as time went, on the archway, whether from vandalism or something else, began to deteriorate and by the time the arch had all but disappeared, so had many of the returning visitors.  (I don’t believe I would attempt this in my upper-eighties, either – ha!)  In the words of one of the last in a group of adventurers:

“The strange experience I had occurred on Oct. 14, 1973. During one of our two-week adventures, I found myself near the canyon that leads towards that oddball site. Not having been there in almost four years, I decided to pay it a visit. The canyon was just as rugged as ever. After climbing and slipping among the boulders, I finally arrived at the steep hill leading to the site above.
It's a long, weary climb, so I paused for a breather half way up. I sat on the slope facing north. To my left (west), the steep hill followed the canyon perhaps a mile, but something was definitely wrong. Below to my left was a canyon--where none had existed. Curious, I made my way down, entering it from the eastside, so I thought.
I soon discovered I was in the same canyon that led toward the hill I had just scaled. I was more than 250 yards back down the canyon on a different slope and now I was facing south--I had mysteriously been transported to the new location. Thinking I was looking west, I was really looking east seeing the canyon I had just hiked.
There was no way on earth I could have reached this other slope while climbing the original hill. Knowing where I was, suddenly I knew why this had happened. Any skepticism I had about this crazy site vanished.”

Personally, I’m dismayed that the archway is gone. But I believe the portal still remains and it’s on my bucket list! How about you?  Can you imagine a transporting portal? Where would you hope to go?