If our towering volcanic spires could speak… 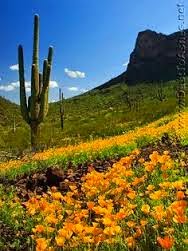 Would they tell of the westernmost civil war in the United States amid a sea of wildflowers?

The Battle at Picacho Pass

In 1862 Captain Sherod Hunter and his band of confederate rangers; bent on creating an ocean-to-ocean confederacy, stabbed a flag in the ground at Picacho Pass which bore the stars and bars of nearby Tucson, Az.

Meanwhile, Col. James Carleton was already on his way across the barren desert with his Union “Column from California’; also intending to raise a flag. But when they arrived two months later, a fierce hour-long battle ensued and the federals (temporarily) retreated.

*This Arizona State Park made the Endangered Battlefield list of 2010 after Arizona lost 61 percent of its park funding. There are those who feel the park should be preserved for the magnificent springtime flower displays and majestic mystique of Picacho Peak itself.  What would you say?

Or the tragic last stand of a band of the fiercest warriors in the southwest? 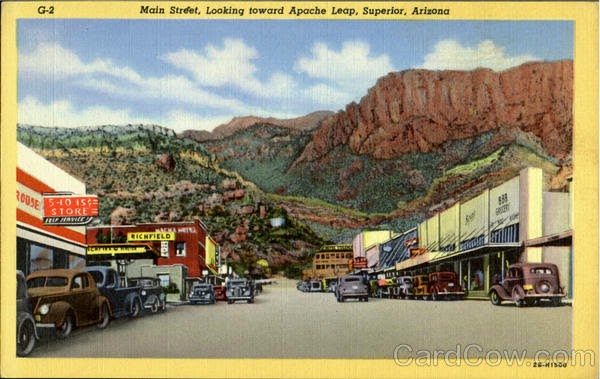 Roughly eighty miles north, three notorious bands of Apaches lived in, on and around Picacho Mountains for centuries before white man arrived; managing to continue existence largely due to secluded strongholds at the very top of the granitic Big Picacho.  This might have gone on longer if not for the continuous winter raids made on the white man’s settlements below.  A Military post was soon established.

By summer that year (1870) the rather concealed trail to the Apache stronghold high above was discovered and an early morning ambush surprised the entire tribe. 75 out of maybe 100 were killed immediately as the remaining warriors retreated in the only direction they could go—to the edge of the sheer, 500ft cliff—and jumped.

Since then called Apache Leap, the area below is said to be the site of black obsidian nuggets called Apache Tears which, to the Apaches, symbolizes tears shed by warriors lost and the families who lost them. They are believed to be of significant spiritual value with certain healing qualities and those who possess an Apache Tear shall never cry again because the Apaches cried enough on that fateful day for the one who holds the stone.

I don’t know about healing powers, but I’d like to own one of these beautiful stones one day. How about you?

*This and nearby areas surrounding Superior, AZ was and still remains a veritable copper, gold and silver mining hotspot. Consequently it is illegal to wander freely in many areas (so check before you go), let alone pick up any ‘stones’.  Unless of course, you happen to find them in your yard!