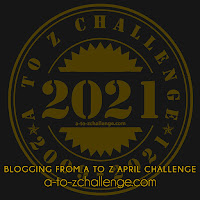 Y   The architecture alone is enough to invoke a gasp of awe. Perched on four corner piers, the six-story windowless building appears to hover just above ground level. Walls of translucent marble provide subdued yet sufficient light for viewing while assuring the preservation of the precious documents contained within. And that’s only the beginning.

As the second-largest academic library in North America, Yale University’s Beinecke Rare Books and Manuscripts Library goes to unimaginable lengths to protect its treasured books. It is not only under constant video surveillance; in the case of a fire, you have 30 seconds to evacuate before a lethal fire-suppressing gas floods the area. Any other threat to the priceless collection will cause the glass and metal cube structure they are encased in to drop into an underground vault which sucks all the oxygen from the air as it descends.  I’m not sure I could bring myself to touch anything, but what a magical place! 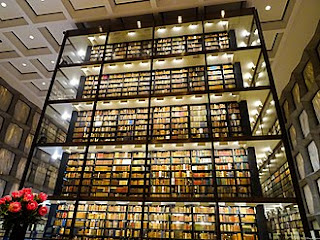 “Walking the stacks in a library, running your fingers across the spines, it’s hard not to feel the presence of sleeping spirits.” ~ Robin Sloan