Xcaret (meaning small inlet), Mexico is located off the Caribbean coastline of the Yucatan peninsula, in the state of Quintana Roo. The above-ground area was home to the pre-Columbia Mayans, whose sudden disappearance remains steeped in supposition today.  And while archeologists continue digging and scientists keep researching, tourists arrive in droves each year to view the numerous archeological ruin sites by way of magnificent underground waterways called cenotes (sacred well). Dos Ojos (two eyes) is known as one of the most elaborate diving sites as well as (possibly) one of the most extensive underwater cave systems in the world. 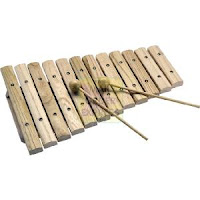 The Xylophone is a percussion instrument made of wood (typically rosewood) bars which, when rapped with a rubber mallet create a rich melodic sound, deeper than the higher pitch sound of an instrument constructed of metal bars. The xylophone is a transposing instrument, meaning its written notes are one octave below the actual sounding notes. Xylophones are commonly used in music training classes for children, as they also learn to combine movement, singing, and speech. Fun fact: The sound of Fred Flintstone’s twinkling toes while bowling is that of a Xylophone. 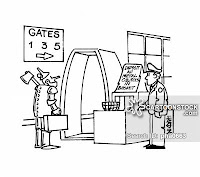 As long as it doesn’t involve air travel, I appreciate X-Ray machines and techniques. After all, the concept revolutionized the treatment of Tuberculosis and is useful in a variety of professions, in addition to curative and homeopathic treatment. The introduction of the X-Ray by Wilhelm Roentgen in 1895 was not only favorably and widely accepted, but it was also put to use by European surgeons within weeks of its inception. Then, it became a fad. No kidding. Smaller versions of the original were showing up in shoe stores and at carnivals and children’s birthday parties. It wasn’t until 1904 when Thomas Edison’s assistant Clarence Dally, died of skin cancer for having worked with the equipment extensively, that people began to consider the serious impact of the new technology. For instance, it can also cure cancer – with correct application ;-)

Have an X-tra Special Day!

Any thoughts? Can you add to the list of things we appreciate that begin with the letter X?

Email ThisBlogThis!Share to TwitterShare to FacebookShare to Pinterest
Labels: A to Z Challenge, adventure, Arlee Bird, Blogging, inventions, Music, Tossing it out