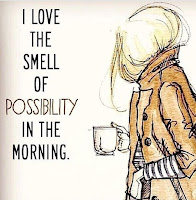 Does anything convey morning like the aroma of freshly brewed coffee? Cinnamon rolls, perhaps? I sincerely appreciate whoever had the idea of putting Coffee Shops in bookstores.

Not only can you always get a fresh morning cup at my house, thanks to our resident Cactus Wrens, there’s usually a story unfolding right outside the kitchen window, as the industrious male unravels (thread by thread) the patio rug for use in the many nests he builds around the property.  While the crafty Wren does build decoys to mislead any predators, should you stumble onto an occupied nest you’ll discover his protective might is twice his size. 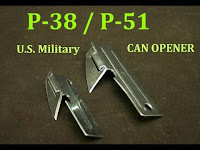 Without question, the invention of the tin can (1813) was a breakthrough in food preservation, though little thought seemed to have been given as to how to extract the food - other than “Cut round the top near the outer edge with a chisel and hammer.” Ezra Warner’s introduction of the first Can Opener, 45 years later, was readily accepted and widely used, especially by the military. Dozens of models, and decades after the P-38 model, the first electric can opener was sold in December of 1931. I think I still have one of those cutting wheel models in a drawer somewhere.

When you’re relaxing beside a Campfire, you don’t think much about driving – or even your Cell Phone. Unless, of course, the Caller ID tells you that someone inside the cabin needs another drink of water before bed ;-)

Did you know that the red and white colors used on Campbell’s Soup cans were inspired by Cornell University Football jerseys?

Any thoughts? Can you add to the list of things we appreciate that begin with the letter C?