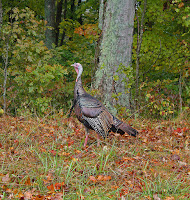 “I’m told it’s a step closer to heaven. But I’m not so certain,” ~ Coleman Larkin

All but hidden in the primitive terrain of the central Appalachian basin, a small unincorporated community most often referred to as Hell For Certain, Kentucky, reposes near a river by the same name. Although the proper name given to the ‘town’ is Dryhill, area residents tend to prefer the environmental description to that of the prohibition status of the county.  Conversely, the Bluegrass Brewing company of Louisville named one of its beers after Hell for Certain and the National Geological Society has borrowed the name for a hardened volcanic swamp ash commonly encountered in mining operations. But the story, passed down through generations is that a missionary; having travelled there in search of prospective new followers, and asked where he’d been upon his return, replied “I have no idea, but it was hell for certain”.

“It was just a paradise for a child,”

The remaining few inhabitants are generational legacies of an unassuming lot; long gone and largely forgotten. Except by one Ms. Sally Jane Begley who, at an astonishingly spry 93, remembers well the glorious days of her childhood.

Would you think twice about stopping if you saw the name Hell For Certain on a road sign?
There’s something about these lush country backroads that reminds me of stack cakes, stew, and smooth aged whiskey; which I’d have to travel for if I liked it, because this particular county has been dry since the Prohibition Era.

Ah yes, the infamous era when Boardwalk Empires emerged in flagrant homage to the remarkably adept management of Organized Crime, as Speakeasies hummed behind every closed door (at one point NYC had over 20 thousand!) and Bootlegging became a lucrative and much sought after form of employment.  The 21st amendment saw the end of much of this, but not the end of Organized Crime, which seems to be doing as well as ever.

Years later, the fruits of prohibition were (and are) ripe as ever and continue to bring prosperity to most any setting imaginable.

Based on an actual problem Coors Brewing Company was having in transporting the product beyond certain state lines, celebrated stuntman Hal Needham came up with the idea of a movie about bootlegging Coors beer.

“Smokey and the Bandit” was the second highest grossing film (behind Star Wars) in 1977, capitalizing on the growing CB fad and spawning similarly themed films such as ‘Convoy’ and “Breaker! Breaker!”  In addition, the movie sparked a five year, wildly popular romance between Burt Reynolds and Sally Field and brought Jackie Gleason out of what had seemed to be an early retirement to play the role of the Smokey (sheriff) who chases the Bandit across the southern backroads and byways.

Gleason reportedly enjoyed occasional ‘hamburgers’ on the set - which was code for a glass of bourbon – and insisted his scenes be filmed first in case poor health prevented his attendance later.  Sally Field went on to star in several more romantic comedies with Burt Reynolds, Smokey and the Bandit boosted country singer Jerry Reed’s career considerably with his hit song “Eastbound and down”.

While Smokey and the Bandit had two sequels, the third was deemed the “worst bad movie ever made” and Burt Reynolds and Sally Field didn’t even appear in it, but the first one remained a favorite of Alfred Hitchcock’s and incidentally, was the last film he ever screened.

Funny thing about wandering; you just never know where you’ll end up ;-) Thanks for coming along!


Have you seen the movie? Do you wander down backroads? Do you live in a dry county?