Friends of the Famous - R 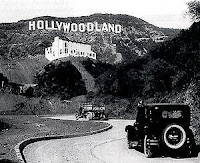 Soon after the beginning of the glamorous and sometimes decadent “Golden Age” the original Hollywood sign (which actually read Hollywoodland at the time) was erected high on the side of a hill as if in testament to the opulence, promise and ever prosperous era, while Donna Reed was a popular pinup for WW2 servicemen, Ben Hur was released to stunning acclaim and, with the advent of “talking” films, hundreds of pianists were beating the pavements for jobs. 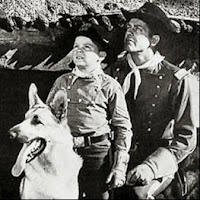 Another disturbing fact was that the industry wasn’t always kind to animal actors. However, this did not seem apparent in the case of one canine star called Rin Tin Tin, as he was prepared a daily lunch of tenderloin steak – by his own chef, and a group of classical musicians was hired to aid in digestion afterward. The famous dog earned $1200.00 a day, received 10 thousand fan letters a week, and was at one time, listed in the Los Angeles telephone directory! 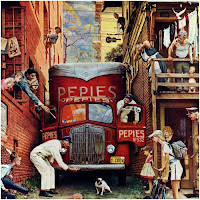 Foregoing high school for Art school, Norman Rockwell began his career at the age of 17 with an illustration for Boy’s Life magazine. By 22, he had secured what would be a 47-year relationship with the Saturday Evening Post and, inspired by Franklin Roosevelt, Rockwell’s depictions of the Four Freedoms raised in excess of 130 million toward the war effort. In 1977 (a year before he died)  he was given the Presidential Medal of Freedom, but the great American visual storyteller will likely remain in the hearts of fans as the man who brought levity in times of despair and sensibility to senseless discords through images of ourselves and of course, dogs. 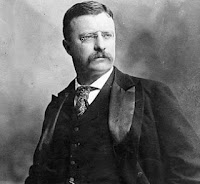 Theodore Roosevelt began his presidential tenure with six kids and more animals than the White House had ever held. Although many of the pets were gifts from friends and dignitaries, they all belonged to the children, with the exception of a one-legged rooster, for which the president himself held affection.
“Nobody cares how much you know until they know how much you care” ~ Theodore Roosevelt

Do you ‘spoil’ your pet? Are you a fan of Rockwell? Would you keep a handicapped pet?