Friends of the Famous - P

Much is acknowledged of the benefits of a friend; such as camaraderie, mutual trust, and loyalty. But what of the inspiration they can provide, or lessons friends can teach us?  Here are a few who may have had the experience: 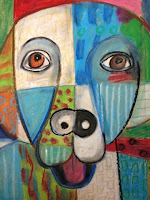 In addition to his talent, he was also gifted with an apparent affinity for animals, dogs especially, as throughout his adult life world-renown painter Picasso had as many dogs as he had women; though the latter was kept one at a time. He was known to have had cats, a monkey, an owl and a goat as well, but dogs were evidently much easier to transport on his frequent one-way flights from human relationships. 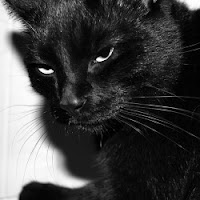 Could his gorgeous Catarina have been the muse behind Edgar Allen Poe’s The Black Cat?
“I wish I could write as mysteriously as a cat” ~ Edgar Allen Poe 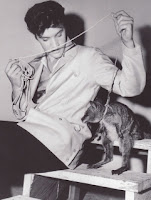 After being told he’d been gifted a wallaby by an adoring fan, the iconic Elvis Presley drawled “Boy was I disappointed when I opened that crate and found a baby kangaroo!”  To his surprise the animal was extremely agile; kicking its way out of the crate, before astonishing Presley with a swift kick while hopping anxiously around the room.  Do you suppose a few dance moves were learned that day? 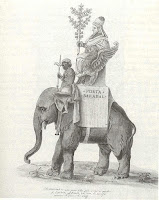 Already recognized for conducting an overly extravagant papal court, the popularity of Pope Leo X was further tested when he was given the gift of a white elephant named Hanno. But upon Hanno’s arrival folks came from miles around to get a glimpse of the “exotic beast”. And while fields were trampled, roofs caved in, and walls were toppled, it was determined to have been due to the massive crowds and not the mammoth animal. Tragically, Hanno became ill within two years, due to dietary conditions, and the commonly administered gold nuggets only hastened his demise.  Four hundred years later new interest was sparked in the Protestant Reformation when Hanno’s bones were found buried in the Vatican Courtyard.

Have you been inspired by a ‘friend’? Would you keep a kangaroo? Or an elephant?

A single rose can be my garden... a single friend, my world. ~ Leo Buscaglia