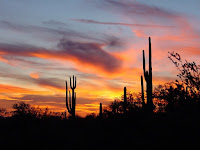 The last sunset of the year exemplified the discordant vibrations emanating from below; where a man with a phone and a pen once again sneaks in baggage while Claim Check is closed, an American fugitive receives refuge in a country rife with corruption, while entire communities shun police protection in preference of lawless freedom.

Would you recommend confiscating the pen, shutting the door and using more Tasers?

Ages ago, we seemed to get a lot more accomplished.  It‘s been one hundred and fifty three years since President Lincoln signed the Emancipation Proclamation, yet to this day there are equality protests by folks a hundred years too young to have voted. Evidently, equal rights aren’t enough for one group, which seeks persecution of all who do not conform to their way; such as bakers forced out of business and officials going to jail for performing the duties they were elected to do.

Whatever happened to live and let live?

And what better time than the first day of the year could there be for introductions; as in 1919 when Edsel Ford assumed control of his father’s Motor Company and increased the daily wage to $6.00? There were also somber announcements; in 1942 all production of consumer vehicles was ordered stopped in order to devote all productivity to war vehicles, and The Beatles were turned down in favor of the Tremeloes after an audition with Decca Records. Ellis Island opened on January 1st (1892), as did Alcatraz Federal Penitentiary in 1934.  Three years later we began a program called Old Age Pension, whereby a tax on wages accrued benefits for retirement. These days, it seems this hard-earned entitlement is widely misconstrued.

But we had a lot of fun as well; with the advent of television, Mickey Mouse was an immediate boon to an industry poised to explode on a clamoring public. Pay-per-view movies were introduced on the first day of 1951 and for some reason not released for mass viewing for another 45 years!

One thing is certain: as long as we still can, writers will never run out of subject matter. These are things I’ve been thinking about as a brand new year begins. Strange, huh?

So, what are you thinking about? Did you end the year on a good note? Do you have high hopes for this one?

Happy 2016 Everyone! Or let’s at least give it a good try and just say Yes-today!

Western trivia: In the critically acclaimed mini-series Lonesome Dove, during a thunderstorm early on in the cattle drive, the cattle are all struck by lightning as it was conducted to each one by the tips of their horns. This is an actual, natural phenomenon called ‘St. Elmo’s fire’.
Posted by diedre Knight at 10:00:00 PM