At a shallow gradient where a sparkling stream gurgles softly over water-smoothed stones, the energetic beaver tirelessly antagonizes his human neighbors with the construction of sturdy and extremely efficient dams.  An accord to this timeless war-of-wills wasn’t reached until someone discovered that the beaver, with all his intelligence and ingenuity, is at heart a peace lover. Peace and quiet that is. He cannot stand the sound of rushing water. Upon relocation to a quieter area, the beaver does not build dams, focusing instead on other, less annoying projects.

While motives widely vary, the single most important, yet latent element between two sides is not impossible to find. It might be found shrouded in doublespeak, or tucked neatly behind carefully crafted diversions. It could also be lurking in uncanny camouflage, but it’s there; the fundamental truth in the middle. Often as not, the truth is stranger than fiction.

And it’s not just people and not just the fittest. The desire for self-preservation doggedly exists in all of nature, as evidenced in the photos below: 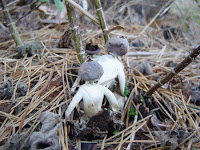 Either someone has forgotten to put away a few Halloween decorations here, or the once vibrant Snapdragons have all gone to seed. 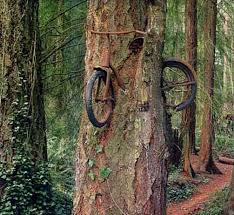 This could very well be photo-shopped but isn’t it intriguing?

Do you look for the truth in the middle? Do you have any strange things growing in your garden? How about Snapdragons?